One Finger Death Punch 2's surprise mobile port has made its way onto the App Store today as a premium title free of ads or IAPs, courtesy of Doublethink Games. The original One Finger Death Punch first launched as an XBLA title back in 2013, then eventually made the move to PC, iOS, and Android.

The mobile ports of that first game were less than ideal when compared to the original console and PC versions. Its free-to-play monetisation hurt the game's pacing and generally made mobile the worst way to play, which sucks even more when you consider that it should have been a perfect fit for the platform.

To my mind, the sequel improves upon the first game across the board, adding additional depth where necessary while retaining the original's simple, incredibly satisfying two-button combat system. The core action is still as enjoyable as ever, and the addition of powerful skills helps to raise the skill ceiling. 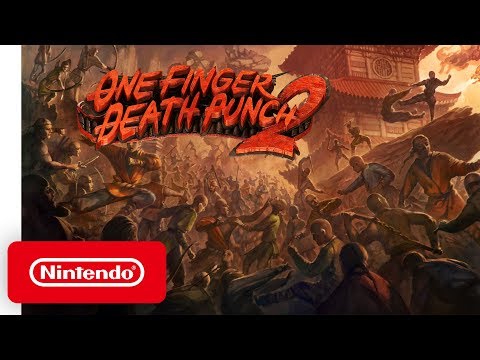 Right now, there are over 400 levels to tackle, 4 endless survival towers to scale, and 26 varied skills to unlock and unleash on your unsuspecting foes. And while I haven't yet had a chance to try the iOS port, I see no reason as to why the game wouldn't translate wonderfully. This is basically the perfect title for on-the-go play, and I'm fair chuffed that I can have it all for only two quid.

will soon be available for purchase from over on the . As I say, it'll set you back a whole $1.99. There's currently no word on whether it'll eventually hit Android. Switch owners can grab it from the , while PC players will find it up on .