Grab Old School RuneScape now it's out on mobile worldwide

It feels like it's been on the way for absolutely ages, but finally we can say that is available worldwide. Grab it on the or right here and get adventuring on the go. 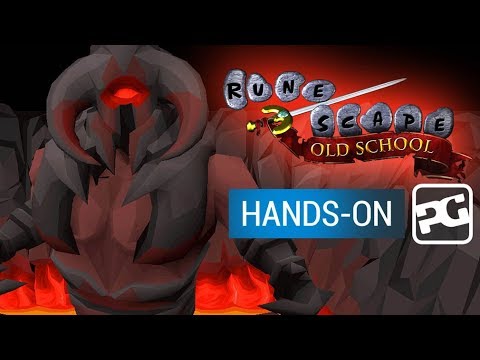 Subscribe to on
Just to be clear, isn't the same as RuneScape Mobile which is currently in members-only beta. No, this is the classic taste of the game which we've covered a few times before. If you're still confused about the differences, .

In simple terms, Old School RuneScape is based on the 2007 title. You'll pick your characters, go on whatever quests you fancy, join up with friends or go solo, and switch between playing on PC and mobile whenever you please. That's right, it's cross-compatible.

It's also a game controlled by the players through weekly voting. Any inclusions, events, or game-changing decisions can be voted on, giving you a voice to better tailor the game how you'd like it. Though there's plenty to do in this free to play app, you can also strike up a membership for even more content.